The English Research Group at Teesside University incorporates research in literature and culture from the nineteenth century to the present and consists of researchers and practitioners working in a range of literary, cultural and creative fields. Areas of staff research specialism include literature and culture of the late Victorian and Modernist periods, and of the 20th and 21st centuries; gender and sexuality studies; postcolonial writing; film and television drama; creative writing, and creative writing and wellbeing. Staff profiles can be viewed here.

English’s location within the Department of Humanities and Social Sciences in the School of Social Sciences, Humanities and Law, sees researchers situated alongside other UOAs such as Social Policy and History, and in a position to benefit from resulting synergies, for example with Professor Nigel Copsey’s work on right-wing extremism.

Researchers in English work in partnership with a range of regional, national and international organisations and charities in the arts, education, public health and policy sectors to support and enrich well-being, social inclusion and cultural diversity. Current projects include: Voicing the North: enriching cultural heritage through poetry and performance, supported Arts Council England; Rewinding the Welfare State, a series of film screenings in conjunction with the North-East film archive; Women Writing South Asia, a QR GCRF-funded suite of research and training partnerships; and ‘Systemic Inclusion: Representation and Diversity in UK Literary Festivals’, a Collaborative Doctoral Award formulated in conjunction with Sabotage Reviews and offered in partnership with the AHRC-funded Northern Bridge Consortium. 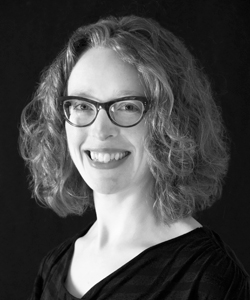 Adjusting the ‘Islamic’ Focus: Exhibitions of Contemporary Pakistani Art in Britain in the Post-9/11 Decade