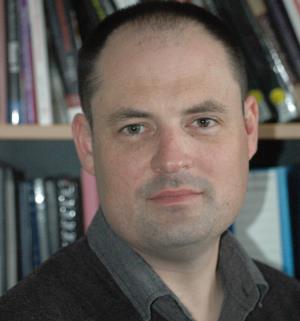 In 1995 Mark graduated from Teesside University in Applied Science & Forensic Measurement. He was then employed as a Scenes of Crime Officer with Leicestershire Constabulary.

He subsequently obtained a Diploma in Scientific Support Skills from Durham University and an Institute of Fire Engineers Fire Investigation qualification.

In 2003 he left Leicestershire Constabulary as an Assistant Senior SOCO after being selected to be a permanent member of the Crime Scene Instructional Team at the National Training Centre, teaching operational CSI’s from across the country and overseas. For a period of time he acted in the role of Team Leader.

In 2006, 11 years after leaving as a graduate Mark returned to Teesside University, this time as a Senior Lecturer in Crime Scene Science. That same year he completed his PGCE teaching qualification, before enrolling on a Master Degree in Fire Investigation for which he was later awarded a distinction.

In 2008 Mark enrolled on a part-time PhD exploring Crime Scene Investigator practice, publishing material on eye-tracking and head-mounted camera technology. In 2014 he was awarded his PhD. He has been course leader on many undergraduate programmes; in 2017 he built the MSc Crime Intelligence and Data Analytics, which he now leads.

Competence, expertise and performance in forensic investigation, analysis and visualisation of crime data

File
Your message has successfully been sent.
Your message was not sent due to an error.
If you made any changes in Pure these will be visible here soon.