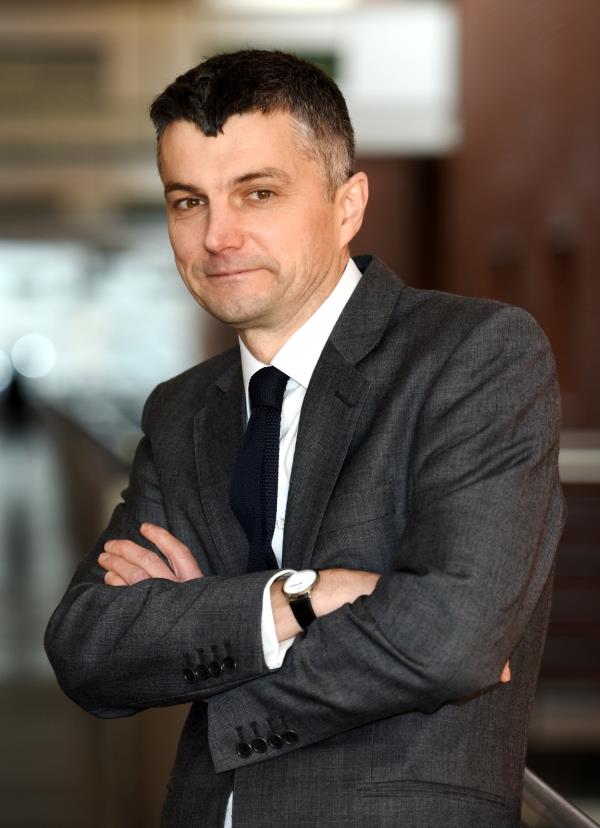 Professor Stephen Cummings is Dean of the School of Science, Engineering & Design and holds a Chair in Microbiology at Teesside University. He studied for his first degree in Biological Sciences at Plymouth Polytechnic, before undertaking his PhD in Microbial Physiology at the University of Sheffield.

During this time he developed an interest in the response of bacteria to environmental stress, these interests continued during subsequent post-doctoral research which took him to the Rowett Research Centre, Aberdeen, the Department of Biochemistry UWC Cardiff and the Department of Microbiology, University of Leeds. He moved to Northumbria in 2003 where he was promoted to Reader (2007) then Chair of Microbiology in 2010. In 2016 he was appointed Dean of School at Teesside. Professor Cummings is active in national professional bodies; between 2010-2014, he was a member of the National Council of the Association of Applied Biology and convenor of its Applied Mycology and Bacteriology committee. He is also an editor of the Journal of Applied Microbiology, and Letters in Applied Microbiology.

My research studies how complex microbial communities are implicated in a number of diseases, so called polymicrobial infections. This work has taken advances in molecular biology, genomics and metabolomics and applied them to a number of significant diseases including, respiratory or pulmonary infections including cystic fibrosis and bronchiectasis. Late onset infections of preterm infants, in particular necrotising enterocolitis and sepsis. Severe combined immuno deficiency disease (SCID) in neonates, and vaginosis in pregnant women in Burkina Faso. In order to explore these complex diseases we utilise a range of ‘omic' technologies (microbiomic, metabolomics and proteomic) and mathematical models. A key feature of our studies has been the involvement of clinicians in developing and undertaking the research. We have used our ‘omic' approaches to enhance our understanding of the underlying mechanisms of disease and translate this knowledge into better clinical management of these diseases and improved outcomes for the patients. I also have worked extensively on antibiotic resistance and exploiting nitrogen-fixing bacteria to improves oil fertility in agricultural systems. My research is a collaborative effort with colleagues regionally, nationally and internationally (Newcastle Medical School and Hospitals, and Nafferton Ecological Farming Group, CEH Oxford,Houston (USA), and colleagues in Australia, Japan, Pakistan and Turkey.

Summary: This is a mechanistic study not typically funded by NIHR. It exploits two large random clinical trials(RCT); one of which is examining the effects of supplemental enteral bovine lactoferrin on late onset sepsis (LoS) and necrotising enterocolitis (NEC) and aims to recruit n=2200 infants from 30 large UK NICUs; the second is comparing increases in the rate of milk feeds. (n=2800 infants). These provide unrivalled cohort sizes to give a highly powered study using our ‘omics’ technologies to understand the mechanisms causing NEC and LoS responsible for high mortality rates in preterm infants.

I am an editor of the following international peer reviewed journals:

I am increasingly focused on the clinical aspects of microbial ecology and work with a large number of colleagues regionally nationally and internationally. I have undertaken projects with the following colleagues:

Danone/HEIF. 'Using ‘Omic’ technologies to explore the potential for rapid diagnosis of NEC and sepsis in preterm infants' Awarded 2013 - £22,500

Summary: This was an industry funded project to demonstrate the value of multi-omic approaches to the study of sepsis and NEC in preterm babies. Danone are a significant manufacturer of infant formula.

Bifidobacteria: Shield or strain on the gut of preterm infants?

Response: Commentary: Reducing Viability Bias in Analysis of Gut Microbiota in Preterm Infants at Risk of NEC and Sepsis

The Microbiome of the Healthy Preterm Infant: To Thrive or Not to Thrive