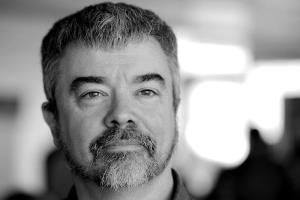 Originally from Liverpool Terry first studied philosophy at York University before working as an analyst based in the foreign and commonwealth office specialising in overseas development.

In his mid 20's he changed career to social work qualifying in Scotland before working as a social worker and practice researcher in Merseyside researching effectiveness in Child Protection work for his PhD. while working as a child protection officer.

At the University Terry has taught Social Work and research methods at undergraduate and postgraduate levels and has undertaken a number of international consultancies developing social work and child protection for UNICEF's African region in Mauritius and for the Central Asian region in Uzbekistan as well as for Family Services in North America and in Australia.

He has regularly presented at international conferences. He has been a staff governor and has been the Branch & Northern Chair of the academic union UCU for a number of years.

The Frontline programme: conservative ideology and the creation of a social work officer class